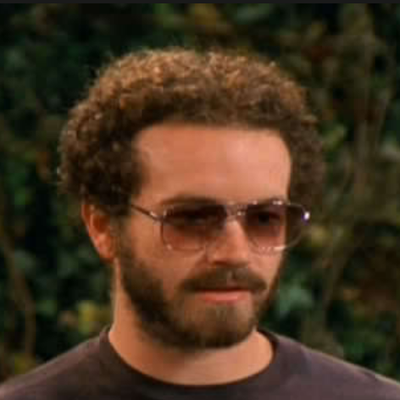 Following my recent interview with FishyGuts and MrLynch of PirateChain I remained in The Wailing Barnacle (PirateChain discord). One afternoon I started researching another ARRR core dev, radix42. I found this CoinDesk article entitled “Zcash Pays Off Developer to Avoid Blockchain Split”

"In a forum post published Tuesday, the sole maintainer of the Windows zcash wallet software, D. Jane Mercer, said he was going to cease development of the clients and release a zcash competitor “rebranded as another coin,” if he didn’t get further funding for his work."

The attentive reader may already understand my confusion, referencing the Pirate Queen as he, and him. I asked in the Barnacle and Jane quickly responded, and later DM’d me with more details. We got chatting and pretty soon I had enough material to publish another interview, even though it had not been my intention at the outset.

In order to preserve the natural flow of that conversation, which I enjoyed immensely, I publish her words verbatim. I edited my own very slightly for the sake of clarity. The usual format for 13 Questions is, for this remarkable person, deprecated

This article is confusing… about D Jane Mercer, described throughout as a he or him https://www.coindesk.com/zcash-pays-off-angry-developer-avoid-blockchain-split
This is about @Pirate Queen Jane, correct?

yes that’s about me
they got my gender wrong
in addition to the horrible headline…who is this “zcash”??? anon’s sent coin from a zaddr

ah OK, was about to ask transgender? https://keybase.io/dmercer
dmercer (Jane Mercer) on Keybase

Discord doesn’t let you have a profile description welp

I’ve been reading up about you. Really impressive

You work on Monero too?

just did a grin build for arm v8, I am on an arm kick lately :smiley:
and a FreeBSD one
just ported Komodo and Zcash to FreeBSD
but my Komodo keeps crashing
which is why i did Zcash
to see if it was a BSD issue or a KMD issue
its a kmd issue

Is the absence of an address in GRIN a significant paradigm shift for crypto, especially privacy coins?

one thing about the absence of an address is you have to exchange data somehow still so there is going to still be a metadata trail
you have to transmit the invoice file back and forth
somehow, email, web, whatever
THAT still leaves traces
so it shifts the problem

I take it ARRR is your favorite privacy coin?

yes!
its where i put most of my work

Why is PirateChain your favorite, and how’d you get involved in ARRR?

I don’t exactly recall how I got pulled in, I think dukeleto said “hey check this out” or something one day……..and I showed up and started doing stuff, because its an all private version of what Zcash has been trying to be if that makes sense

and I’d spent 2 years being underappreciated over in Zcash-land, which Komodo is a fork of, and I’ve been spending more and more of my time working on stuff in the Komodo ecosystem over the last two years rather than on Zcash proper

About Tortuga [the upcoming DEX], is that anonymous?

working on new gui wallet
no idea about Tortuga

CoinDesk wrote that story right when I started to medically transition but had been going by Jane for a while already so of course they fucked it up
but regardless that piece got me an R&D contract after Fluffypony read it
he pay’s me $X/month to do whatever I want on privacy tech, he’s also of the philosophical belief that you need more than one privacy coin
he said that piece “broke him”

no i didn’t, I was the person that bugged Satoshi to start the first bitcoin mailing list. and then bailed because i got laid off from my job

What did he [Fluffypony] mean by “broke him”?

and had two small kids and so DIDN’T become the 3rd bitcoin dev like i almost was, talk about missing the boat
Fluffypony is really a big softy inside don’t tell anyone lol

LOL
Ah i see. and you were in communication with Satoshi, for how long?

just a while in the very early days
a few emails

Is there a detailed bio of you i can read somewhere?

no
i keep meaning to write an autobiography

There should be…
What did you do with Hal?

no
i never traveled much during most of my tech career

Do you have any theory about the identity of Satoshi? Maybe the nationality?

there was a thread or two that someone tagged me into on twitter with CSW and there was no “whao, radix42!!!!”

CSW is a fraud

you’d THINK the person you quoted the email of bugging you about starting a mailing list to Hal would stick in your mind
I don’t need cryptographic proof from any Satoshi claimants, just the message-id of that email
they used a REALLY WEIRD windows email server

coded the first versions in horrible C on windows
terrible coder, not a professional software engineer
rules out lots of suspects

How about the tone of the writing? tense, serious, relaxed, humorous, defensive, forthcoming…?

As i imagined
Do you recall what was weird about the metadata?

yeah
if you found my keybase and twitter you found https://janemercer.us/

So a terse windows geek non-pro coder with a good understanding of Crypto?’[

yup
if it was a collective of geeks would they use such weird email tools???
that argues for solo in my mind

There cant be many people in that demographic
yes the oddities suggest a single person, not a collective

The IP addresses of those weird email servers, you must have checked them by now…
country?

gmail hid them from me
just could see weird user agent

we explicitly spy on each other to get around domestic surveillance rules and warrants did you know that? so fucked up

If you had that info would be much fun

there are people who run mailing lists and things who have Satoshi’s IP addresses (or did they use vpn’s?)

i’m sure the spooks know who Satoshi is, they have to.

Well I think this is a fascinating conversation. Would you mind if I publish it verbatim and add a little intro? a kind of follow up to my interview with FishyGuts and MrLynch

sure just run it by me first?

Sure. I usually wrap these pieces up by asking the interviewee to share a final thought, advice, or philosophy. If you think of something nice then let me know.

and thanks for your time :smiley: You mentioned https://janemercer.us/, what can we find there?

Have u spoken about these Satoshi experiences? or has it been mentioned elsewhere?

I’ve tweeted about it before
it was just a few emails
but so revealing
just pestering them!

Would it be possible for me to quote one of the emails?
or include a pic of one?

lemme see if i can dig it up
I dunno if i have that archive anymore from that client
can’t find in online search and i was pulling down email a lot then and storing offline as i was in a paranoid phase
their client weirdnesses are widely known
none of this is new, just my slice of it

Yes but what a great slice! I mean … you are now legend :angel:
:smiley:

people have gone over every scrap of Satoshi shit with a fine toothed comb
there’s this from Hal:
https://pastebin.com/6e2JwLTa
Pastebin
Bitcoin FOMO 1 — Pastebin.com the mercerweiss collective is me and my kids and friends who do crypto projects together my kids and a friend do all my art :smiley:so radix42 is a base 42 number system :smiley:indicating that I’m very complex

Just one more thing. I heard that Mike (VerusCoin) was also around in the early days of the bitcoin mailing list. I read his bio and was stunned, he helped build the foundations of Microsoft. Can you tell me a bit more about your relationship with Mike? Assuming you have one?

Have you checked his CV? unbelievably impressive

so I’ve heard
I don’t like his code tho, assumes Intel everywhere

As in has to run on Intel processors?

assumes that it is building on one even though it has portable versions of the code……..made it a pain in komodo for me when we merged verus code
as I port to other processors
so yeah, he’s a microsoftie :smiley:

Thanks Jane for all this. Have an awesome day!

you too, wish me luck at the oral surgeon later!

The following day (all having gone well at the surgeon), Jane got back to me with her final thought:

Well there you have it! Jane was as close to Satoshi as anyone ever was, and was an influential player in the very earliest days of bitcoin, even before the genesis block.

With her virtually unrivaled experience in tech (IBM, Netscape, Sun Microsystems, Monero, Zcash, Komodo), combined with the strength of the rest of the team (including crypto pioneer JL777), the future of PirateChain is sure to have an EPIC destiny, with the extraordinary mind of Pirate Queen Jane Mercer focused on ARRR’s brave journey ahead.

As I gathered my belongings and finished packing my trunk, making ready my departure from the Komodo Archipelago in search of other things to write about, a young pirate wearing a devilish smile approached my table in the Wailing Barnacle.

“Complements of Cap’n FishyGuts”, he grinned, and held up a parchment scroll. Gingerly I opened the scroll to discover I’d been given the PirateChain treasure map, called by some the “roadmap”. I met the young pirate’s grin with my own, and thanked him.

And so I present to you, trusted reader, only hours after its creation, the PirateChain Roadmap 2.0

Thanks to Jane Mercer, Pirate Queen, and absolute legend

Special thanks to the great team at Human Action for their continued support of the 13 Questions series. Show them some love by visiting their shop and scoring some cool crypto swag.

Tips are truly appreciated, and if you enjoyed reading this please donate at this ethereum address, or even better at the ARRR address posted below. Thank you.

“grew up in fresno and mariposa, ca and was a wandering hippie/deadhead for the first half of the 90’s before my tech career”